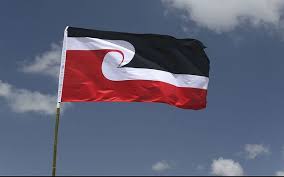 26 million dollars, goodness knows how many pro new flag articles in the NZ Herald, countless grumpy old men and women discussions in RSA’s, and a few thousand tea towel comments later, the people have spoken and the people of NZ said Yeah Nah.

I voted to keep the old flag, and honestly not because I was being anti John Key.  But because I was so terribly disappointed at the alternative.  If Red Peak or something that had style and meaning like Tino Rangatira had been up against our existing flag, I would have voted for change.  I definitely did not vote to keep our existing flag because I love the Union Jack so much.  You got that wrong Sir Paul Beresford.

According to Mr Key, it was a discussion about our Nationhood – but perish the thought we discussed becoming a Republic.  How would he get his knighthood and be able to keep handing them out to his mates if we got rid of the monarchy?

But I actually think despite the absolute waste of money, and how poorly it was executed.  We might look back one day and realise that was when we really started seriously considering becoming a Republic.  And even though that isn’t what our Glorious Leader wanted, that might be a legacy he will leave us, that he can be proud of.  Instead of number of shout outs for being an idiot by John Oliver.

While on the subject of becoming a Republic, I ended up last week having an interesting twitter conversation with Peter FitzSimon, author and columnist.  He picked my St George Dragons to beat the South Sydney Rabitohs.  If you know anything about his picks, you know they are the kiss of death.  In fact I would guess teams probably pay him not to pick them to win.

Anyway, as per our tweets below  Mr OzRepublic FitzSimon arranged a Dragons win, and I am now a supporter of the Australian Republican movement – obviously they will take anybody.  And yes I also support the New Zealand movement as well.

OzRepublic FitzSimon ‏@Peter_Fitz Mar 20
I am telling you @natan66! Rabbitohs don’t have their heart in it, today. Too wet, muddy & horrible. Saints want it
Natalie! I am personally asking you. PLEASE join us at the ARM! Membership link on my twitter bio. I, in turn, will sort a Saints win! Cheers, Peter

I’m a Kiwi but if that counts at all, very happy to. It goes without saying NZ should be a Republic too

Thank you. I guarantee it.

Well @Peter_Fitz you played your part. What a game! Petition signed. Kia Kaha

The Dragons had an amazing second half in appalling conditions to beat the Bunnies.  8 points to 6.

It wasn’t pretty but it didn’t have to be.

So there here you have it Mr FitzSimon picking your team isn’t always the kiss of death.  And if news of his special powers of being able to make a win happen for supporters of the Rebuplican movement.  I think membership would go through the roof.

Here Billie is re enacting how the the game ended.  Bad News for the Bunnies!!!

Just before I go here are the best and worst things I read this week.

The best, a great and heartfelt piece by Jesse Mulligan about his sadness of hearing of the death of Garry Shandling.  I always thought Garry was a genius, love his work and so does Jesse obviously

The worst this appalling sexist piece of tripe by Mark Reason.  Read it just so you can roll your eyes and go harumph

And then the best again – also on the excellent The Spinoff website I might add.  Madeleine Chapman says everything I wanted to say about Mark Reason – really really well